Why private fields are not sufficient (explanation in reference 2): In Java, if a field is declared to be private to a class, it cannot be accessed outside the class using that field name. However, Java allows the contents of a private field to be returned by a method. Using ownership types, this is not allowed, so we have object protection, which stronger that the name protection offered by normal programming languages.

Typical kind of a property enforced: the indicated edge is an articulation edge in a graph: if a node is reachable from a root, it must be reachable through a given edge.

Along with standard types, also track owner of objects, e.g. 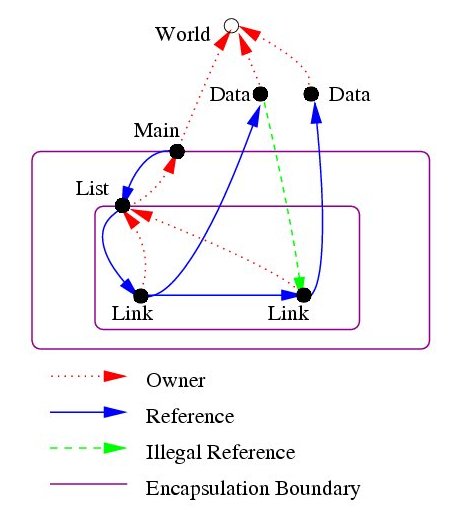 This diagram and the code that goes along with it are more fully explained in reference 1.